The collection had to be historic. This would be the first time that the archive of a major figure in the history of photography would be made available as NFTs (non-fungible tokens), allowing a collection of historically significant photographs to be held in common. on the blockchain.

But a long-established cultural foundation in Germany has put a serious damper on the project, asserting a massive copyright claim over August Sander’s archive. The ensuing court case could set a new precedent, which could have far-reaching ramifications for the many photographers struggling with how to enter the emerging NFT market.

The plan seemed simple. Julian Sander, August’s great-grandson, would make the entire archive of the legendary German photographer – all 10,700 photographs – available as NFTs on the OpenSea blockchain market. They would be, Julian Sander wrote, “given away for free in the form of NFTs.”

Potential buyers would only have to pay an administration fee, called a minting fee, to own a digital version of one of photography’s most revered artists.

In doing so, the photographer’s great-grandson would “secure August Sander’s legacy on the blockchain.”

The project went live on February 10. It was carried by the August Sander family estate, run by Julian Sander, an art dealer and gallerist based in Cologne who co-represents the August Sander estate, with the Swiss gallery Hauser & Wirth. The project was launched in partnership with the Fellowship Trust, an NFT photography initiative co-founded by Mexican photographer Alejandro Cartagena, 2021 Deutsche Börse Award nominee and NFT Photography Champion.

The project was launched alongside lucid evocations of August Sander’s historic contribution to photography. Born in 1876 in rural Germany, Sander was the son of a carpenter who discovered photography while working in a mine as a teenager. He was taught to use a camera by his uncle and initially pursued commercial photography before immersing himself in the radical artist group the Cologne Progressives.

Sander, who remained in or near Cologne until his death in 1964, created thousands of documents crucial to German society under the Weimar Republic and during the rise of Nazism, a project he called 20th century people.

Sander lost a son, Erich, a member of the Socialist Workers Party, to the Nazi regime during World War II. August’s remains are interred alongside those of Erich in the Melaten Cemetery in Cologne. August Sander’s son, grandson and now great-grandson each went on to work on the photographer’s archive, firmly establishing him as one of the most influential European artists of the last century.

Many photography enthusiasts dream of owning an original Sander print, and trade in the 10K collection was initially booming. More than 400 Ether (ETH, currently equivalent to around $1.1 million), were traded in a matter of weeks. Photographers of the caliber of Magnum nominee Gregory Halpern told his many followers that he purchased a Sander NFT from the 10k collection. “I keep hearing that photography will never be the same again,” Halpern said. “Now that really won’t be the case.”

Many photographers proudly displayed their new Sander purchase on their social media feeds alongside the NFT greeting “GM” (“hello”, a reference to the dawn of a new era).

And then, without warning, the collection disappeared. The archive, it appeared, had been removed from OpenSea. The reason: Julian Sander does not own the copyright to all of August Sander’s work, it is claimed. The 10k collection, if the claim is true, is therefore a violation of copyright law, and all Sander NFT trades so far may be in violation.

From 1992, the distribution and preservation of 10,700 original negatives and approximately 3,500 vintage prints was therefore the responsibility of the foundation, not Sander’s family.

After the 10k collection went live, SK Stiftung Kultur approached OpenSea with a takedown notice. OpenSea complied on March 7 by suspending the sale.

SK Stiftung Kultur did not respond to a request for comment. But a terse statement on its website reads, “The foundation holds exclusively … unlimited in location, content, and time” all of Sander’s work, and thus “is the only legitimate representation of August’s estate.” Sander”.

On March 18, 11 days after the project was delisted from OpenSea, the Fellowship Trust and Julian Sander responded with a statement. In this document, they recognized “that a third party…claims to have certain rights in the photographs of August Sander”.

“But I believe that the complaint is unfounded,” said Julian Sander.

Talk to The arts journal, Sander expresses his anger at the disruption caused by the takedown notice, describing it as, “A ridiculous waste of time and money for everyone.” He adds: “People who perpetuate this fight should be ashamed of themselves.”

Sander has actively positioned the 10K collection as a unique innovation from the Sander archives. Introducing the project, he wrote, “We are building a platform to help this collection become a case study of how photographic legacies can be not only preserved but amplified through community, decentralization and blockchain.

What was not clearly mentioned was the royalty regime. Initially, the purchase of an August Sander NFT was almost free; a merchant would only have to pay the initial minting fee to own one. But, for all resale transactions, a 10% royalty reduction would be taken via a smart contract, with Julian Sander receiving 7.5% of all resales and the Cartagena Fellowship Trust taking the remaining 2.5%.

The project’s veiled commercialism has been hotly debated, with prominent photographers questioning its motives.

Nevertheless, Sander argues that the commercial nature of the project guarantees its copyright legitimacy. As a non-profit organization, the SK Foundation is not responsible for the sale of works on the global art market, allowing Sander, in his view, to publish the images in contexts trading, including, in this case, an NFT marketplace. .

This means that Sander was able to create the 10K collection on OpenSea without involving SK Stiftung Kultur due to “fair use”, a technical term used in copyright law under the Digital Millennium Copyright Act.

“OpenSea is a marketplace,” he says. “It’s essential to this disagreement.” Trying to sell images in this new market, Sander points out, is just as valid as trying to sell images at a physical art fair or a private gallery on Cologne’s main street. Each is as valuable a market as the other. As a gallerist, I work in the area of ​​fair use,” he says. “As a businessperson who sells photos, I am legally allowed to sell photos and make money doing so, through fair use. There is a clear framework there.

He adds: “One of the things that SK and their lawyers misunderstand is that they look at OpenSea as if it were Google Images,” he says. “OpenSea is a marketplace; everything is for sale. That’s why I was able to do this project. Because putting something on OpenSea means it’s for sale. And if it’s salable, I have the right to show it. That’s why I didn’t even consider asking for SK’s approval.

Sander also says he planned to share some royalties from resales with SK Stiftung Kultur.

The rest of the proceeds would go to “reimburse me for the hundreds of thousands of dollars I invested in building all the data structures,” he says. “None of this exists for free. I don’t buy the argument that culture should be free.

SK Stiftung Kultur and Sander are now locked in a legal battle, the outcome of which will not only determine the future of this project, but how copyright law as it is understood today , translates into the Wild West of blockchain technology. . 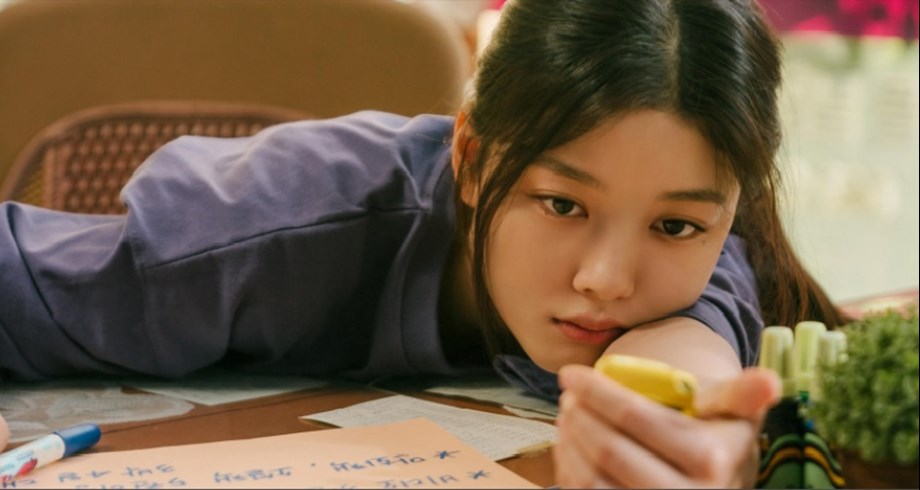